“Kiyomaru Kun” is a natural inorganic coagulant whose principal ingredient is shirasu (volcanic ash). It is manufactured by HALVO Holdings Co.,Ltd.
It enables the coagulation of suspended solids in various types of wastewater※1

The effluent from quenching liquid used in cutting processes is difficult to dispose of at the factory, so its treatment is often outsourced to specialist businesses as industrial waste.
Use of the coagulant, “Kiyomaru Kun,” is expected to achieve coagulation treatment of water-soluble quenching liquid effluent and reduce both the volume of industrial waste and the cost of its treatment. 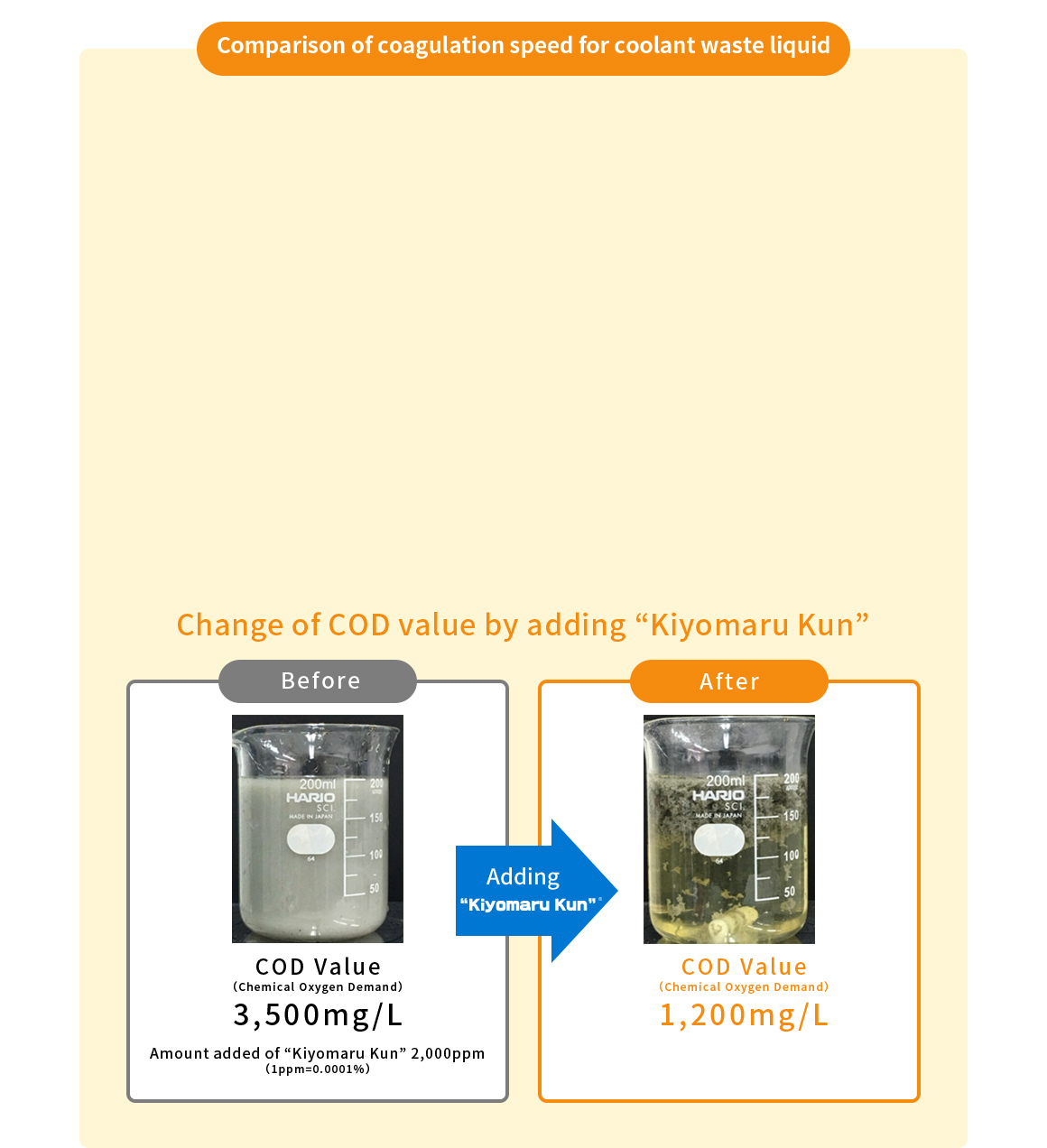 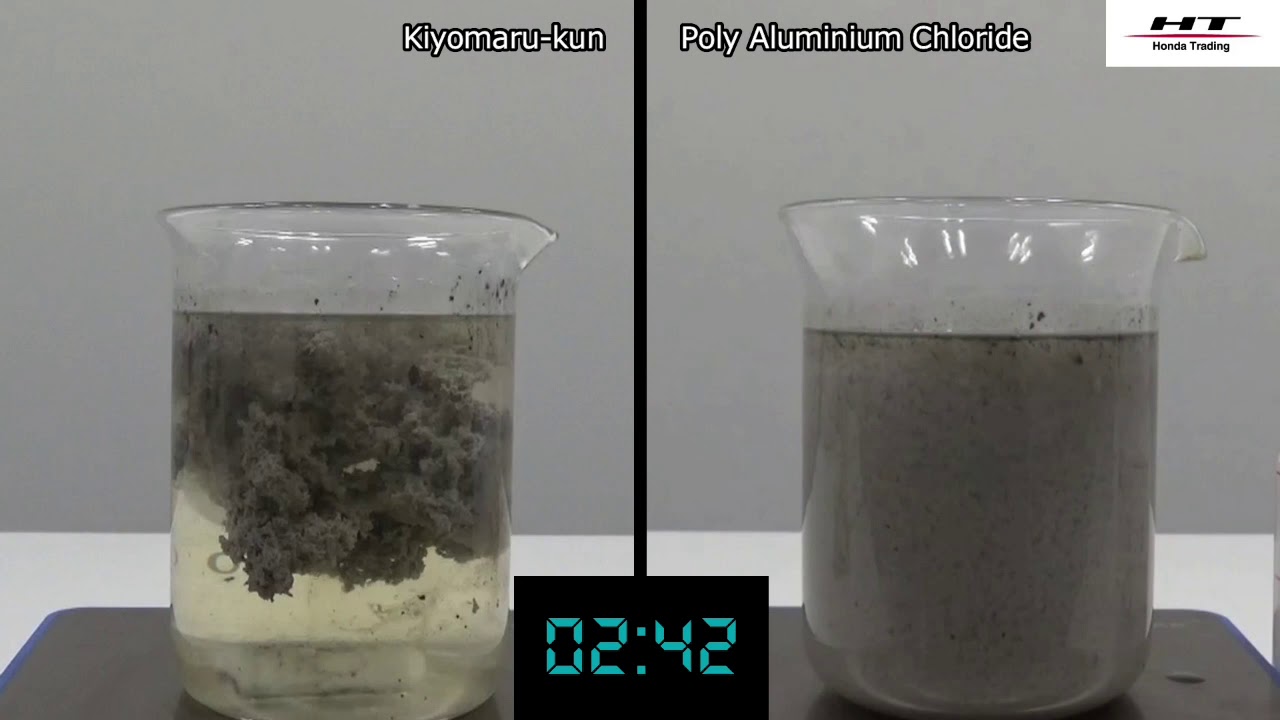 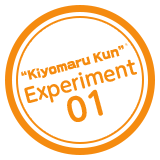 In the treatment of effluent from mold releasing agent used in aluminum casting processes, it is possible to coagulate and treat the waste liquid with “Kiyomaru Kun” alone.
Recycling the water left after coagulation and reducing the water content of the left-over coagulated sludge is expected to reduce both the volume of industrial waste and the cost of its treatment. 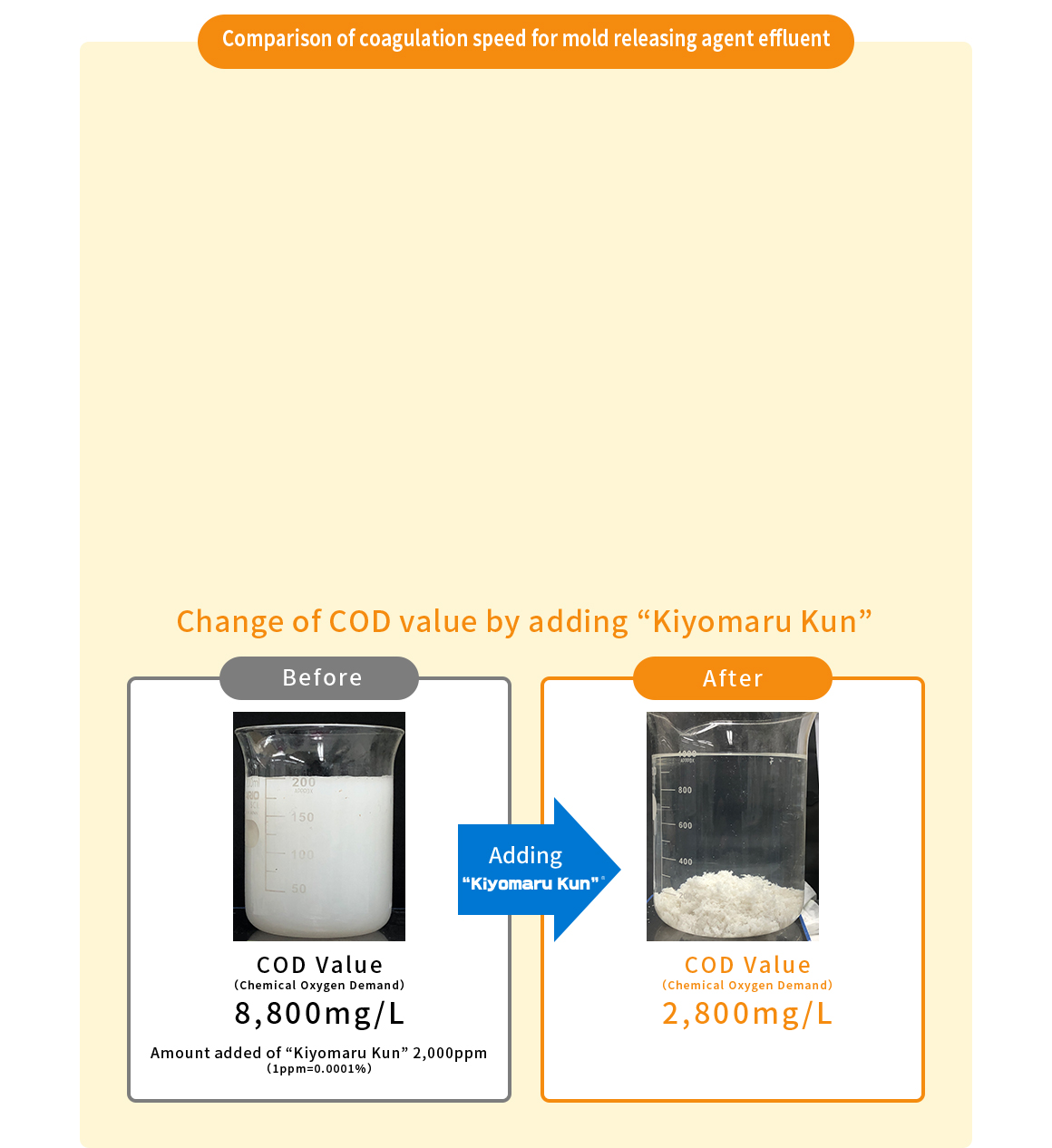 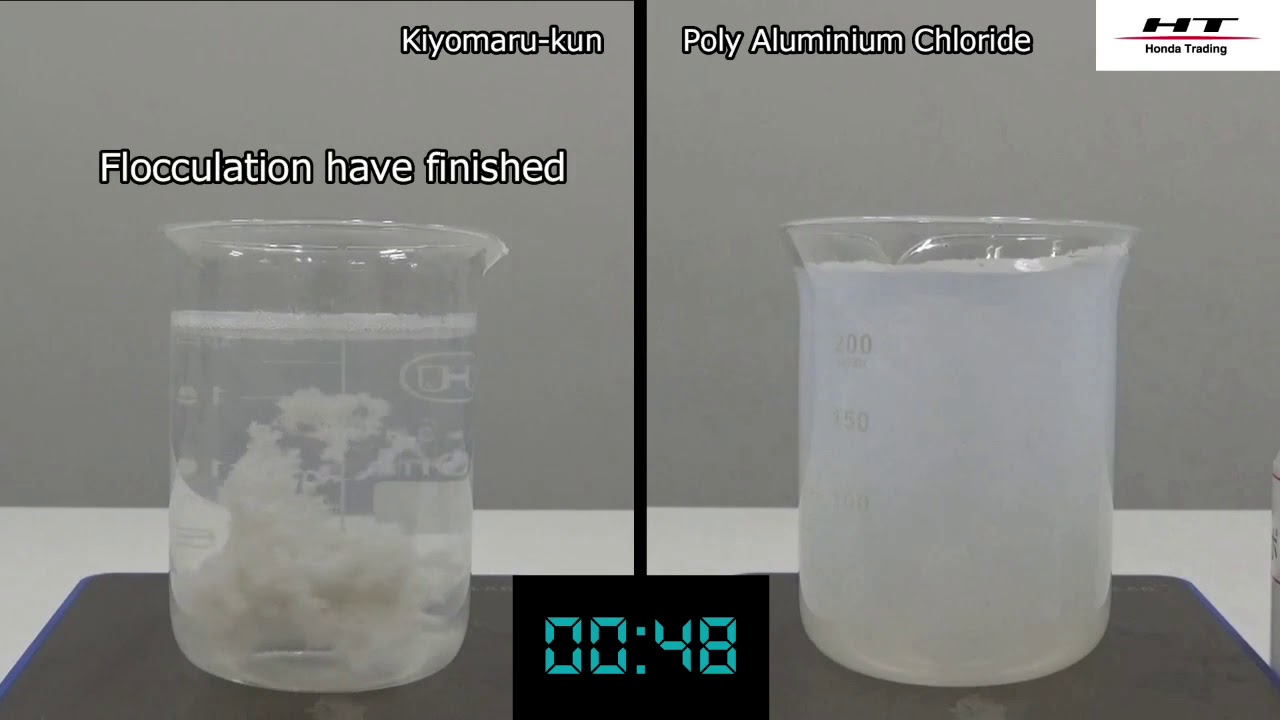 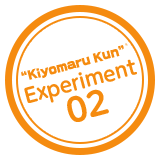 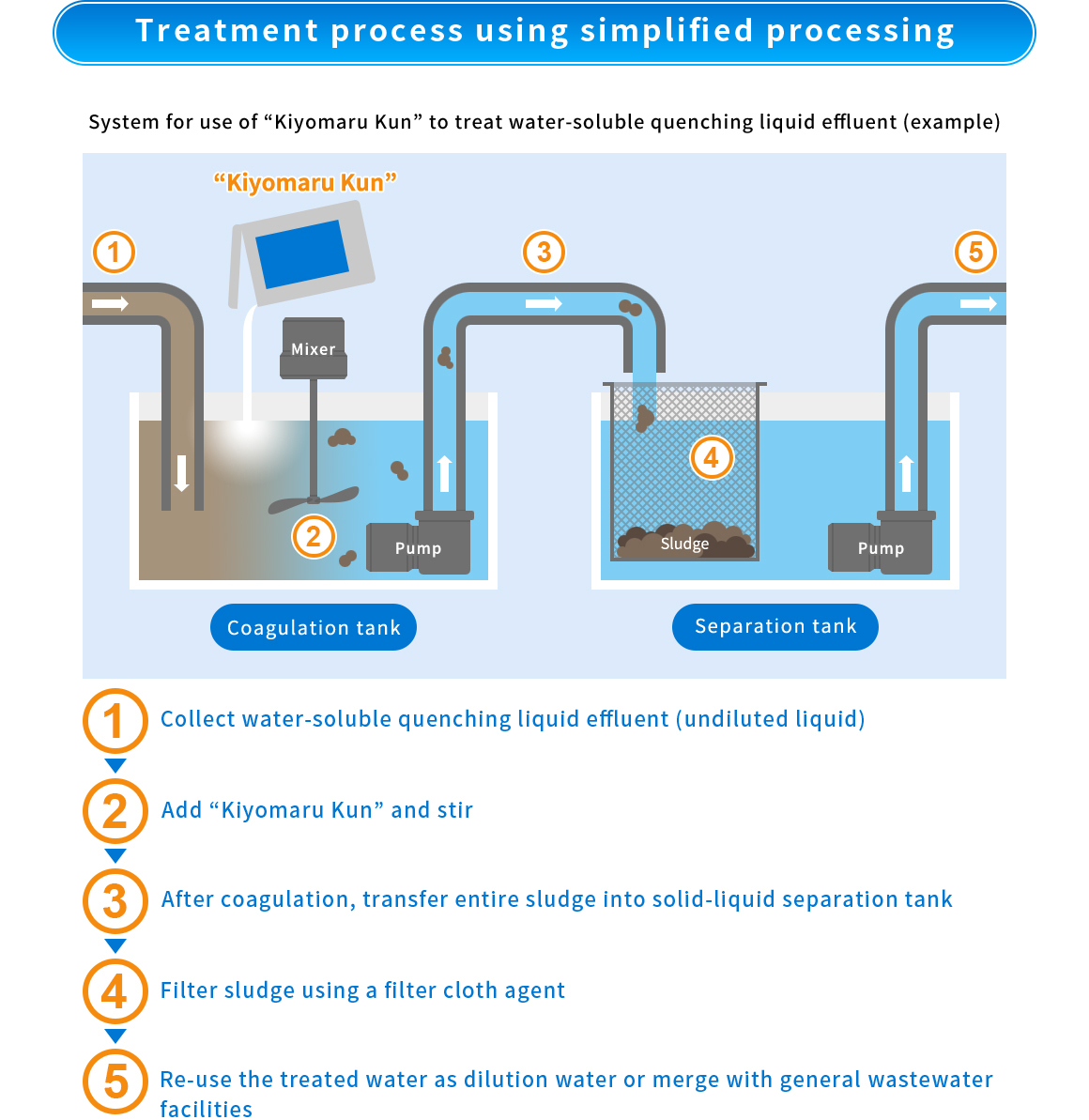 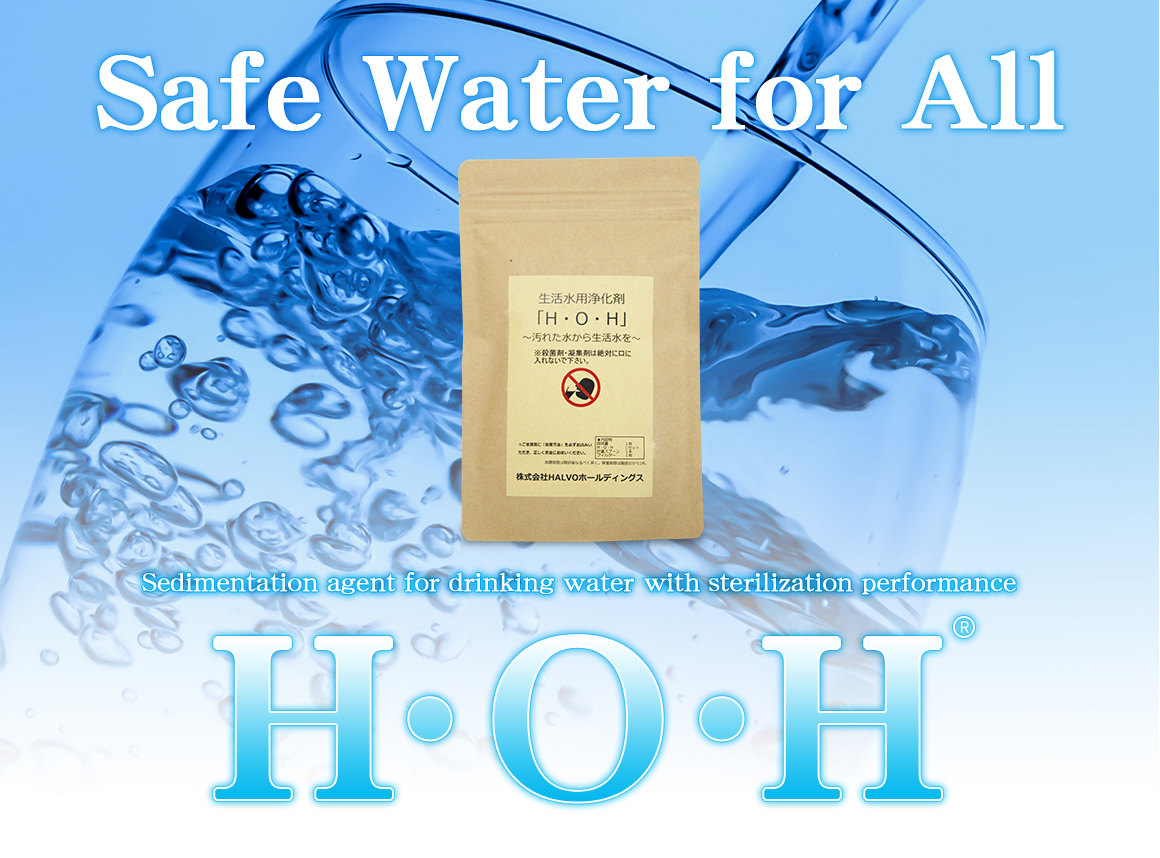 H・O・H is a coagulant for potable water, consisting of the natural inorganic coagulant, “Kiyomaru Kun,” with the addition of a microbicidal function. 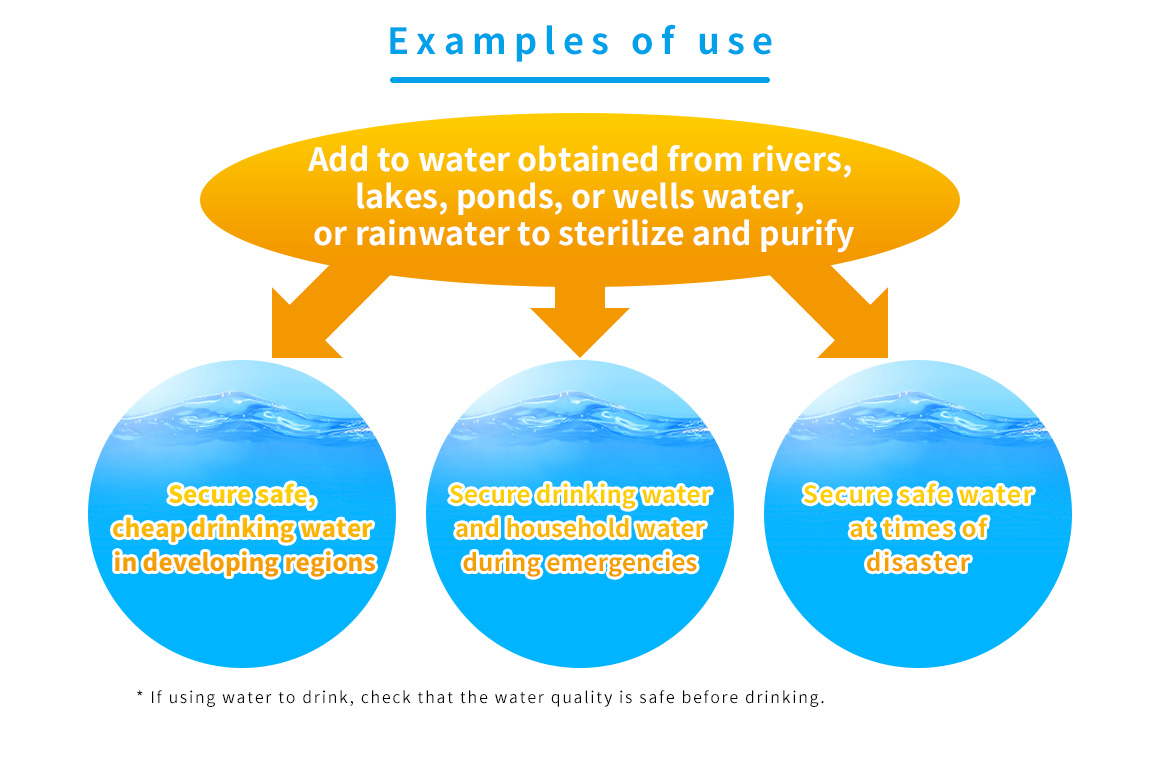 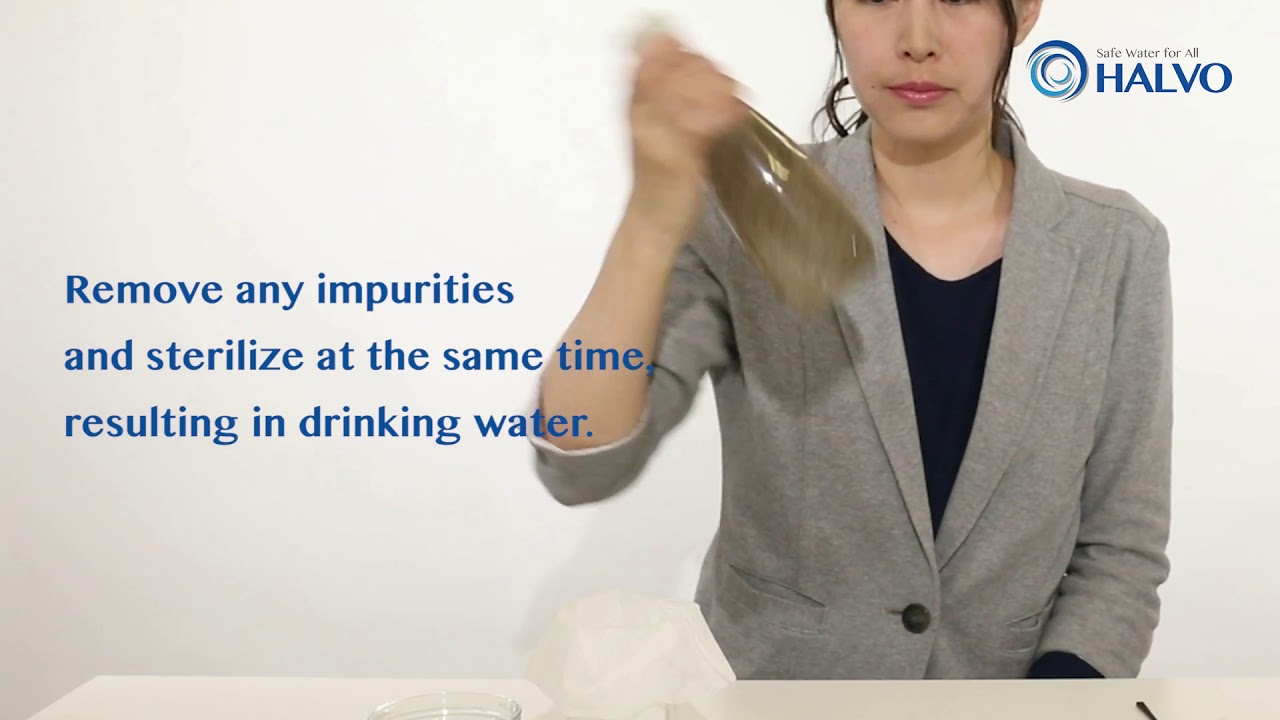 Honda Trading Corporation is an exclusive distributor for HALVO Holdings Co., Ltd. For details of “Kiyomaru Kun” and Ｈ・Ｏ・Ｈ, inquire below.